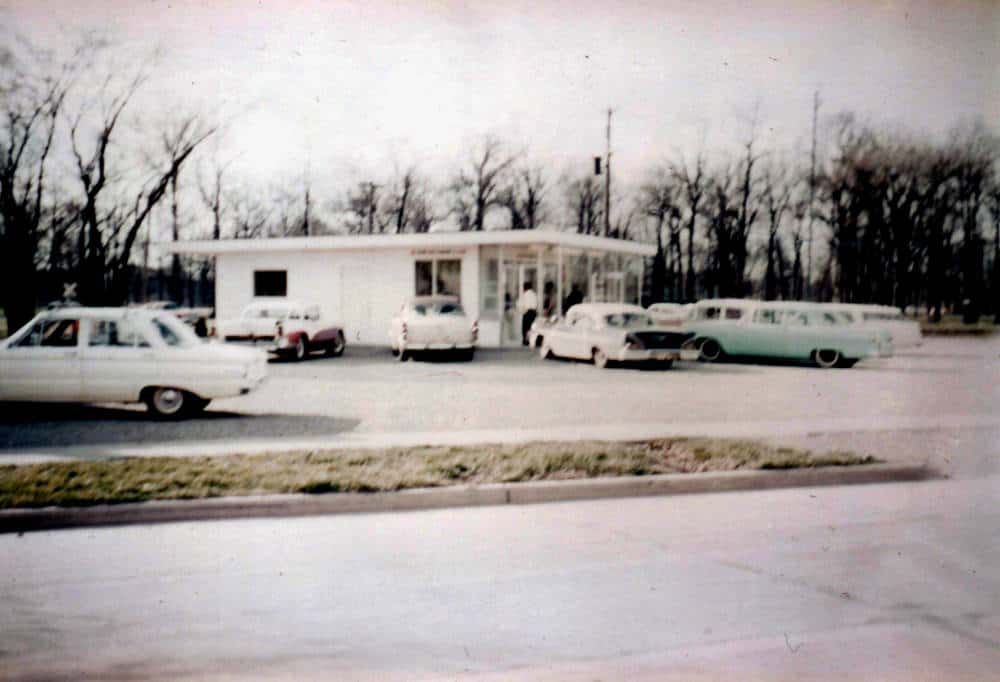 The year was 1960. Dwight D. Eisenhower was president. The Twist by Chubby Checker was a top-10 hit on the music charts. And in Appleton, Wisconsin, Tom Grishaber and his wife Corinne borrowed $26,000 to build a Drive-In across from Telulah Park on the city’s south side. It became an instant favorite for local residents who could buy Hamburgers and fries for 15¢ each, while milk shakes cost 20¢!

Entrepreneurship ran in the Grishaber family. Tom and Corinne bought the land for the new Drive-In from Tom’s parents, who had operated a grocery store on the site many years earlier. At the time he opened the Drive-In, Tom was working at a local paper mill. He would pull a day shift there and then work at the drive in until 11:30 p.m. In fact, sometimes Tom and Corinne were the only ones staffing the new business in its early years, he working up front and she in the back. 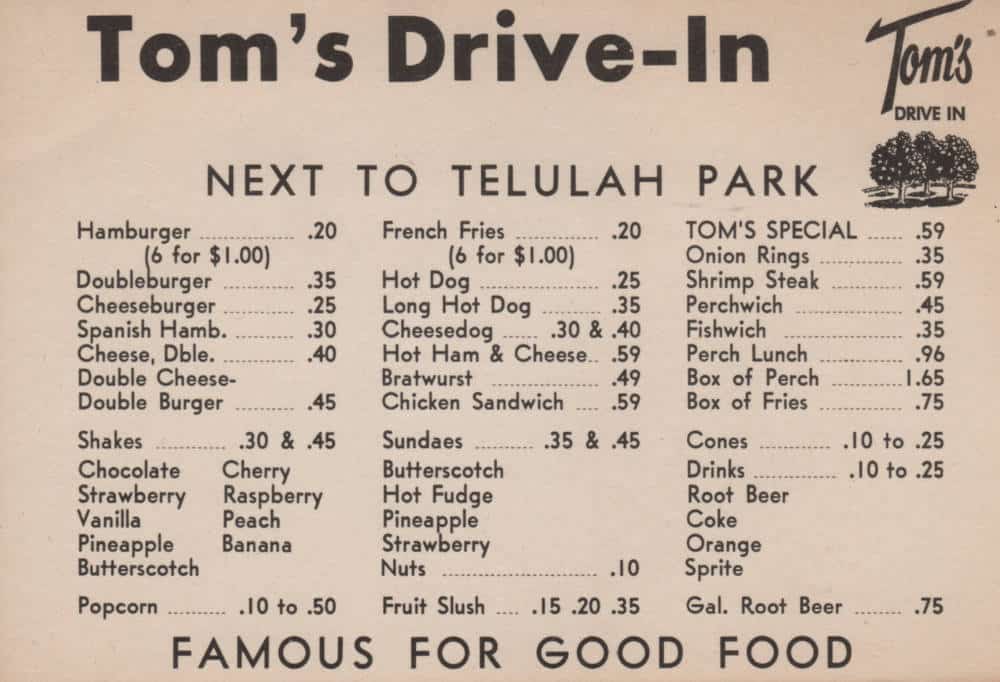 In 1962, Tom quit his paper mill job and, with Corinne, expanded the Drive-In from a seasonal to a year-round operation. One by one, the Grishaber’s four children–Mark, Mary Kay, Dean and Scot–began working there, too. Tom slowly added restaurants beginning in the mid-1970s, as the three sons each in turn became partners in the business. 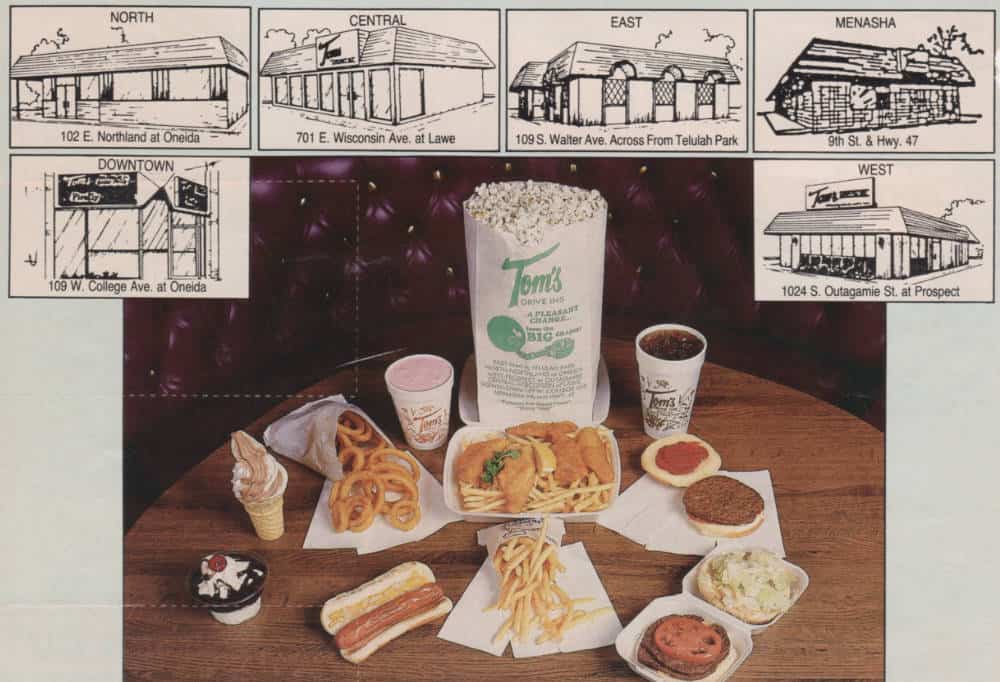 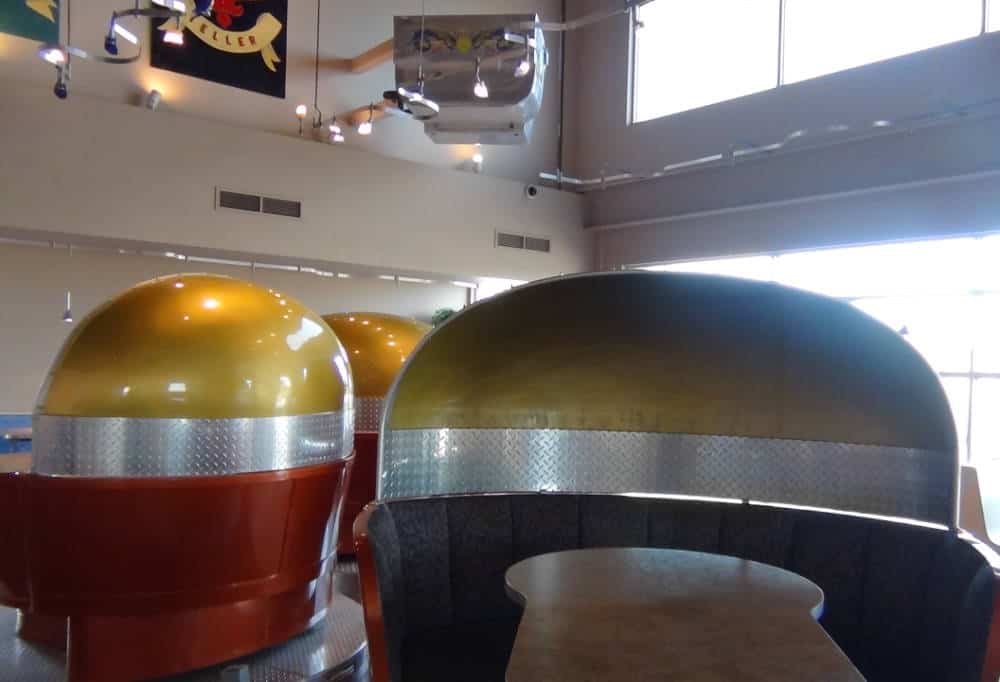 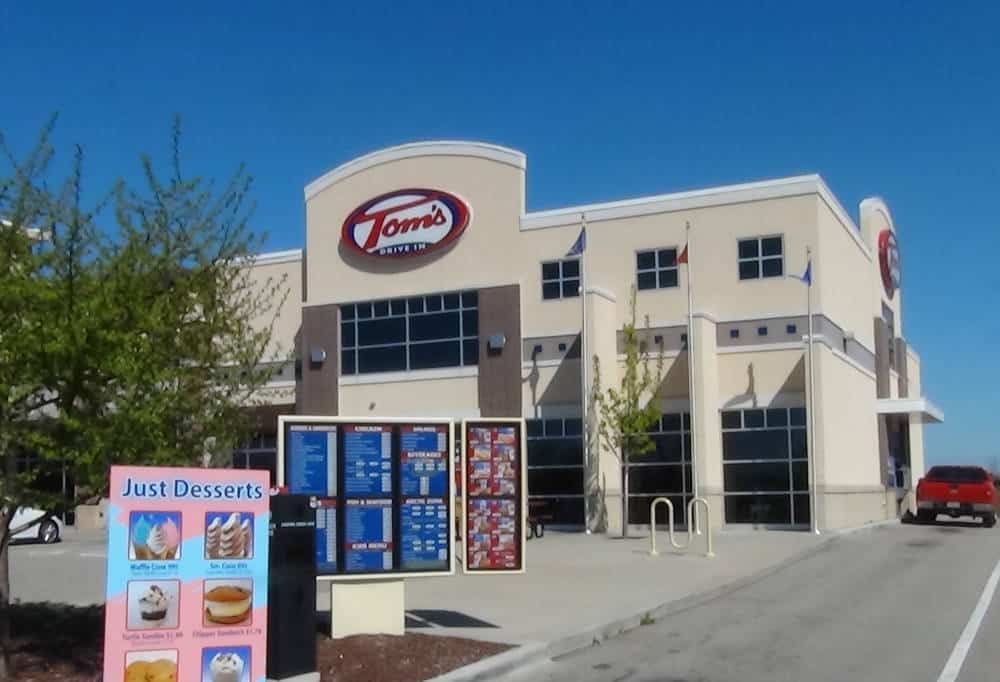 Two new Tom's locations opened during this time, sharing space with Holidays Pub. West of Neenah on Highway CB opened in 2007, and our Sheboygan Tom's and Holidays location opened in 2015. 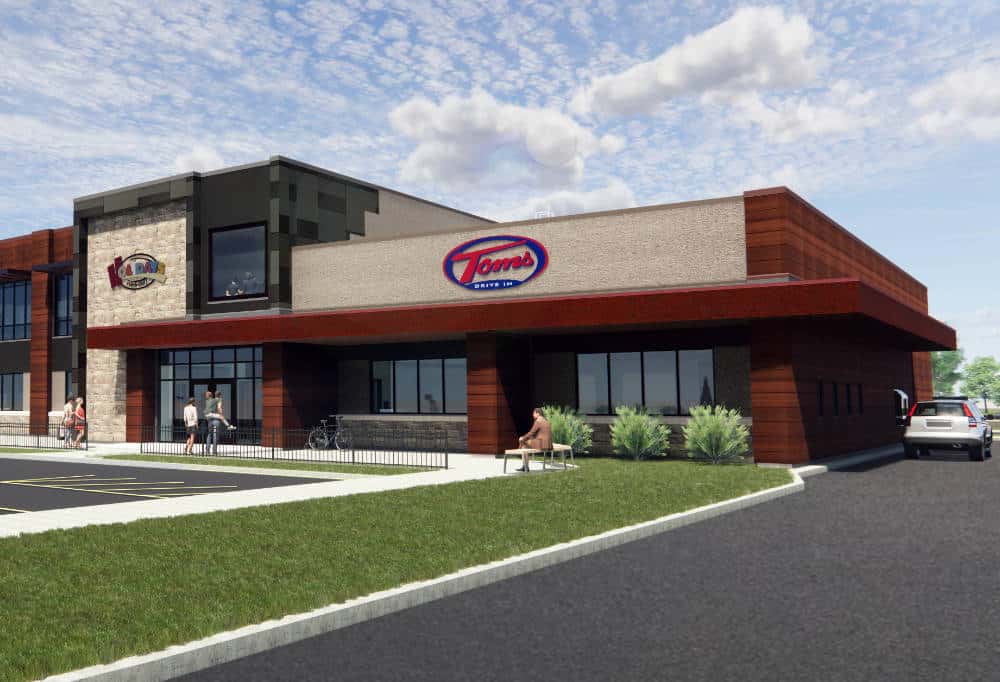 Today, there are eight Tom’s locations (with a ninth on the way on Appleton's North Side!) in five Northeast Wisconsin communities. Still, Tom’s is small compared to the national fast-food giants that dot the landscape. Yet Tom’s has remained “famous for good food” because of hard work, good service and a variety and value in our menu.